Who Has to Pay Tax in Canada

Whether someone pays taxes in Canada, and on what income, depends on his or her residency and where they've earned the money. What are the obligations as a resident vs obligations as a non-resident? Here are three scenarios . . .

Whether someone is considered a resident or a deemed resident of Canada depends on many factors, besides the time spent in the country, including maintaining or having any of the following in Canada:

A person who is a resident of Canada, and moves to another country, could still be considered to be a Canadian resident for tax purposes. More information on residency can be found on the Canada Revenue Agency website. 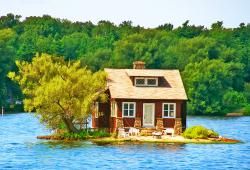